This next stable were about to introduce is one of the rising stars in the game. His stable was founded on 29th June 2015, and 2 years later he is making a name for himself. 1 World Cups victories and 2 Regional Cup along with several league victories and top 5 finishes. He continues to turn heads as he continue to climb the ladder to success.

Without further ado lets give a BIG warm TK Nuts welcome to the stable known as Chaotic Neutral; Q – Any particular reason you named your stable Chaotic Neutral?

Q – You started the game in 2015, do you still remember your first race?

Q – Your first world cup is always special, tell us about your first winner Valasca Twelve? Q – What are the most common mistakes that you see other players making? Mistakes that they may not realize, that they are making? 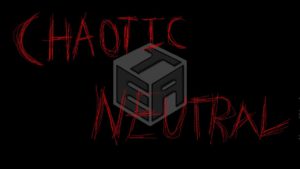 I would like to say it has been a pleasure to interview you mate.