This next stable we are about to introduce came on the scene 01st Feb 2013 and is starting to make a name for herself on the Track King circuit. Her hard work and dedication that she has put into the game is starting to pay dividends where if she is not winning cups she is a major competitor in big races. She has won 4 World Cups, 2 Regional Cups and and over 29 Local, League and top 5 finishes.

Un stable à la hausse, is french for, “A stable on the rise”.  So without further ado let give a nice BIG warm TK Nuts welcome to no other than Ty Callie Stables:

Q – You started playing Track King in season 22, how did you discover Track King, and were you hooked from the 1st day?

Q – Any particular reason you named your stable TY Callie?

Q – Did you ask or receive any help when you started?

Q – Which stable made the biggest impression on you early on, that you tried to follow etc?

Q – Winning the Track King Masters, with Block Pristina, must surely rate as your biggest cup wins, tell us more?

Q – Any other memorable races?

Q – Word on the ground is that they find you very difficult to beat in league races, do you enjoy the challenges running in them? 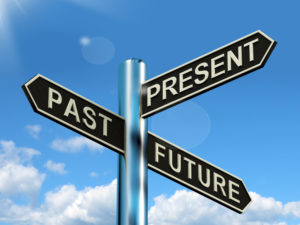 HORSES – PAST, PRESENT AND FUTURE

Q – Who is the best horse you have trained?

Q – Your stable has a couple of good horses right now, it would be hard to choose a favorite among them I guess?

Q – Three current horses in training, owned by other stables that you wish you had owned, and why?

Q – What changes would you make to the game, if you owned TK?

Q – If you could ask a TK stable one question, and they had to answer truthfully, who and what would you ask?

Q – If you were stranded on a deserted island, what three things would you have and why?

Thank you Tycallie for taking the time and sitting down with the TK Nuts.

One thought on “Je m’appelle Callie”