Doesn’t sound right. You wouldn’t be dead for quids is the expression, but that’s another one gone the way of all good men.

The new bookie board odds have wrecked the vernacular, or what was left of it.

It’s evens and take your pick which is the better idea, and the easiest to follow for punters, so I won’t make myself a Luddite over it.

Sorry, that should be it’s $2 and take your pick of the two systems.

How could anyone possibly say that?

Flat as a night carter’s hat.

What will the racecourse knockabouts say now?

The racecourse had a language all of its own. Not now.

We have to talk in totespeak.

Two dollars isn’t the same as evens, I can tell you, it just pays the same.

They started the rot when they changed to metrics. How many people today can even remember the racing slang terms for the old money?

A fiver or five pounds was a spin, a tenner was a brick and a hundred was a spot.

Not five dollar, or a ten-dollar brick. Real money. Pounds, worth twice as much. One pound equalled two dollars. Great big floppy notes that didn’t crawl out of your pocket every time you shouted.

I know a bloke who would tell you he had a spot on the lung. He did too. A hundred pound note. He kept it there, inside his shirt, for a rainy day.

A big bet was a monkey each way, which of course was five hundred pounds or a thousand dollars today.

We called a thousand quid a grand. A big one. Today’s grand is worth only half was much because it’s in dollars.

We had a trey (threepence), and a zack (sixpence), a deener, a swy, and a dollar. Yes, a dollar. Five shillings was a dollar then. Ten bob, the modern dollar alternative, was half a quid.

Needless to say, we are going to be touched under the new ‘tote odds’ system. The fractions will rob us. Seven to two or three-and-half to one, is going to pay 4.40 instead of 4.50. Oh, there is $4,60 too, but that will be another roll of the board.

We have whinged for years about the fractions on the tote, and what they cost punters, now watch the new scheme of betting odds.

I remember when decimal currency came in. A glass of beer was 1(shilling and)/2d. That converted to 12 cents. Now, if there were three of you in a shout, three times 12 cents was 36 cents so you’d pass over three shillings and sixpence. Or 35 cents in the new currency.

In passing, its shows what big punters were around in those days. Then thousand bets were almost commonplace. It would have bought a block of flats then. 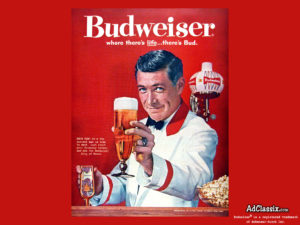 When I come to think of it there used to be a expression of satisfaction with your first beer for the day: ‘That’s beautiful. They ought to charge a pound a glass.’

It was a joke. Like saying it was worth gold. But now they do charge a pound a glass, but only in a cheap club during Happy Hour. Most pubs and clubs are closer to thirty bob a glass for the stuff.

The next thing we’ll know they’ll mess around with time.

Footnote: Perhaps that should be London to $22 on. Ken Howard would know. It meant something then.

Tales Of The Turf – Bill Casey