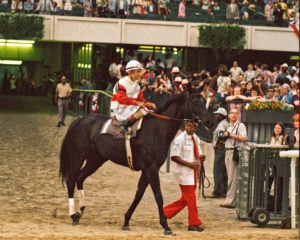 Thursday, 7 July marked the 41st anniversary of the death of arguably one of the greatest fillies of the modern racing era, Ruffian, writes LISA BARRETT. Her efforts at the track were so brilliant that she was ranked by Bloodhorse, the “bible” of American racing, as among the greatest horses of the 20th century – for a three year old filly that is an incredible achievement.