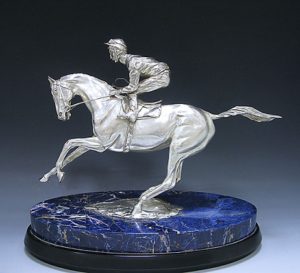 Angel’s Flight – “Relaunch is coming into this race in rare form and I expect for him to put his best foot forward as always. The conditions should suit him well and with the right guidance he have a chance to reign supreme. This horse motto has always been, “It’s not the size of the dog in the fight, it’s the size of the fight in the dog.“

Le Saint Stable – “Lil Nokey has a big heart and loves the distance she is the rank outsider of this high calibre field but she is also the stables best distance runner. So this is her shot at the big time before hitting the breeding paddock a top 5 finish would increase breeding valve. Go smoke em Marley.”

Westbury Lodge – “The trainer feels that there is still more to give so we’ll be hoping to leave it all on the track with this race and see how we fare. A very tight field in this one, it should be a cracking race!”

Dixon Racing– “Antagonist is not up to world cup class and is really just a solid league racer. With league weather not suiting her, she steps up in class to have a crack against more classier individuals. She is a brave sort but a place check is all we can expect.”

Burgersfortheboyz – “The Kamikaze is giving away a fair bit in Long XP to the rest of the field however he makes up for it in heart. Relaunch has been a worthy champion and deserves a Cup to finish his career though the fast finishers in the race will be out to spoil his party.”