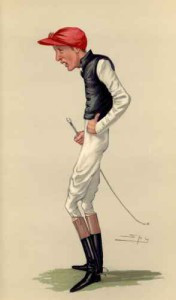 When National Hunt jockey Declan Murphy suffered a disastrous fall at Haydock Park in 1994, after winning all the major races that season, the Racing Post published his obituary. But as he explains here, a furious determination got him back in the saddle.
I was probably four when I sat on my first pony. Where I was brought up, in a little village in County Limerick, we had access to ponies the same way as kids in other countries have access to bicycles.